My First Children’s Book Is Now Out!

Posted on September 17, 2011 by garyrubinstein 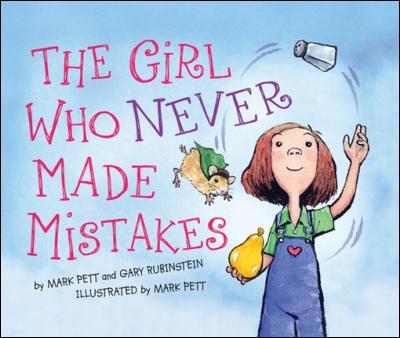 The best thing about TFA, for me, is the great friends I’ve met though the program. Aside from my friends who were with me back in Houston, I’ve also met very good friends at the alumni summits. One such friend I first met at the 10 year summit in New York City.  Mark Pett  was a Mississippi Delta ’94 who was also a professional cartoonist. At the time, he was just starting a syndicated comic strip called ‘Mr. Lowe’ about a struggling first year teacher. You’ve probably seen some ‘Mr. Lowe’s’ in the TFA guidebooks.  The entire series was published as a book which is now out of print, but you can at least see about 30 of them on Mark’s web site.

Well, we hit it off, became friends, and eventually began sending our writing to one another to evaluate. He’d send me comics to look at from his second comic strip ‘Lucky Cow’ and I’d send him my autobiographical essays (still unpublished).

Ten years later, we both were proud fathers of two year old girls and we talked about working together for the first time. Reading all these children’s books, we thought that maybe we could write our own. We’d co-write and he’d illustrate. Two summers ago, we began working together, video conferencing weekly from New York to Mississippi. After about four months, we had a working draft with pencil illustrations. We found an agent three months later who got a buyer two months after that. Then came the editing and Mark’s painstaking work on the final watercolor illustrations.

The book is called ‘The Girl Who Never Made Mistakes’ and tells the story of a girl who has never made a mistake in her life. When she almost makes her first mistake, she starts to really feel the pressure to keep her perfect streak going. I won’t spoil it by telling you everything except to say that the book has an important message that making mistakes is part of learning and of experimenting. It’s a great classroom resource whether you are teaching Kindergarten, twelfth grade, or anything in between.
Well, the book was just released and is being sold on Amazon.com and will be in bookstores around October 1st.

This entry was posted in Teach For America. Bookmark the permalink.

5 Responses to My First Children’s Book Is Now Out!