Posted on October 7, 2014 by garyrubinstein

My daughter, Sarah, attends our local school in New York City, PS 163.  In our neighborhood there has been a lot of construction in recent years.  A Whole Foods went up about 3 years ago.  Then a large high rise apartment building.  Each time a project started, I’d see notices for community meetings about the potential dangers of these new construction projects, but I didn’t really pay much attention to them.  Construction, I figured, is a part of life in New York City.

When Sarah started school at PS 163 last year, I started attending the monthly school leadership team meetings, at which I learned that enrollment was down and because of that, there wasn’t much money in the budget for extra curricular activities.  And what was one of the main reasons that enrollment was down?  A three letter answer:  JHL.  JHL?  I had heard those letters before.  There were some petitions going around my apartment building a few years back warning about some of the issues with this project, a proposed 20 story assisted living complex.  But back then I thought it was just residents complaining that the new building would obstruct their view.

I quickly learned that the proposed location for this 20 story building was 50 feet from PS 163.  The construction, if it is permitted to happen, will take several years.  For those years, the students at PS 163 will not be allowed to use the outdoor playground because of all the dust and toxins from construction.  In addition to the typical city noises which are already sometimes an interruption to learning, the students at PS 163 will take on the added burden of hearing loud construction noise for several years.

I know that construction near school buildings is sometimes unavoidable.  There are times that construction is happening on school buildings themselves.  But in the case of PS 163 this may be the largest project to ever be so close to a school.  There have been other cases where construction has disrupted schools in New York City so much that the schools have been temporarily moved, particularly after kids complained about having trouble breathing.  But those schools that got special treatment were wealthier than PS 163

The parents of the school banded together to fight this project.  It is truly a David vs. Goliath situation, however.  The mayor does not seem to want to get in the way of construction which, I guess, helps boost the economy.  Even the New York City Department of Education has said that they will not help us fight this.

Last spring we had a press conference which got attention from most of the TV stations.  There was also an article in The Huffington Post about our ordeal.  Still, it looks like the Department of Health is likely to green-light the project anyway.

The parents have urged our local lawmakers to intervene and we are grateful to Mark Levine, Helen Rosenthal, and other city council people who are sponsoring bill number 420 which would require:

With all the talk nowadays about putting students needs above ‘adult interests’ it is amazing that a common sense bill like this will require a lot of phone calls to the council people who have not yet agreed to support it.  Parents from the school are currently making calls to the different council members, but the council members will be more likely to support this bill if they are getting calls from all over as this is something that will not just affect the kids in PS 163, but all the kids from all the other schools that may face a similar situation in the future.

The parents of PS 163 have set up a website with information about the bill.  On that page there is also this link to the list of council members and their contact information.  If 34 out of the 51 council members agree to sponsor the bill, it will be something that can get voted on and become a law.  This law would not prevent the construction, but it would make the construction less likely to interfere with the learning of the students at PS 163 and other schools near construction sites.  Surely these council members will also hear from people who stand to make less profit when they have to be more careful about the amount of noise they make during construction.  This is why I’m asking the readers of my blog to please pick a council member or two and to make some phone calls to urge them to support this bill. 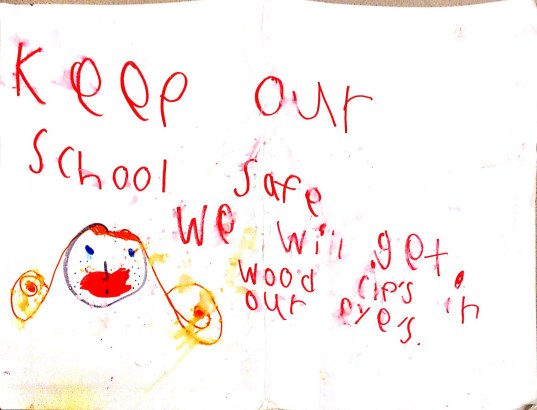